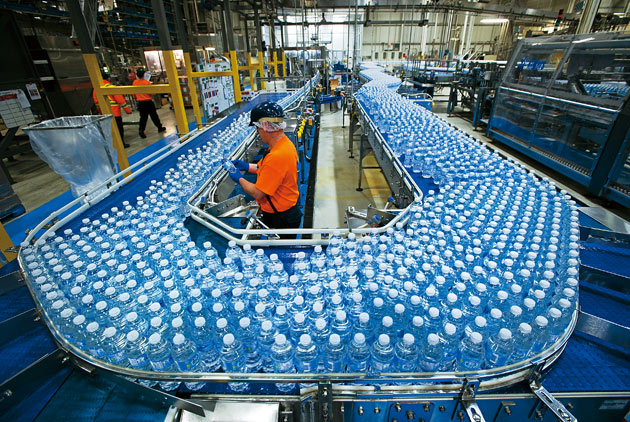 There are some ISO standards related to recycling such as ISO (15270:2008) for plastics waste and ISO (14001:2004) for environmental management control of recycling practice. Recyclable materials include many kinds of glass, paper, metal, plastic, textiles, and electronics. Although similar in effect, the composting or other reuse of biodegradable waste—such as food or garden waste—is not typically considered recycling. Materials to be recycled are either brought to a collection center or picked up from the curbside, then sorted, cleaned, and reprocessed into new materials bound for manufacturing. In the strictest sense, recycling of a material would produce a fresh supply of the same material—for example, used office paper would be converted into new office paper, or used foamed polystyrene into new polystyrene.

Which Countries Recycle the Most?

Some countries, such as Wales, have ambitious recycling targets. Wales aims to achieve zero waste by 2050, and the EU is looking at adopting a new target for 2030, thought to be at least 65%.

The report singles out Wales, which it says outperforms many larger European countries because of its “political leadership and investment”. It says that Wales is a “global leader” in recycling and could outdo Germany, as early as 2018.

Recycling just over half of household waste may seem quite a low rate, but Eunomia says that reported recycling rates have been overstated.

For instance it has been reported that Sweden recycles almost all of its waste. But Eunomia says that’s only because the country counts energy recovery from waste incineration as a form of recycling, which it says is out of step with how the term “recycling” is generally used.

Singapore says that it recycles over 60% of its waste, but Eunomia calculated that much of this was actually commercial and industrial waste, and downgraded its total to 34%.

And as the chart below shows, countries’ reported recycling rates are much higher than in the first league table which Eunomia adapted to take into account the various ways in which recycling is measured. What Happens to Recycled Waste?

A huge amount of recycling ends up being shipped to Asia. But China, the world’s largest importer and recycler of scrap metals, plastic and paper, has decided it will no longer take what it calls “foreign garbage”, and is set to ban imports of 24 types of waste.

And this may force industrialized countries to recycle more of their own waste. This is a new project which deals wth the annual theme for this year in eTwinning.

Here, you can see a first article that was published in eTwinning! A part of our activities will concentrate on that topic in order to get ideas from each other that we can implement in our projects!
Climate is changing and we all noticed it somehow in our daily life. Facing already the effects of these Environmental Challenges we must understand the importance of joining hands to achieve common goals and spread our voice on promoting the implementation of awareness-raising actions about sustainability.

For me, the climate change is that, for example, it is cold now, and it has become warm, or it’s winter now, the season has changed and spring has come.

2.How do we know the Climate is changing?

For example, the weather become warm from the cold.

Task 1: “A day without your mobile phone”

A day without a phone isn’t so bad, for me. You will be forced to interact with people around you. Yes you wouldn’t be able to access your social media. Annoying notification every hour will not disrupt the deep conversation you are having with friends and family. Some people might think that it is hard at first because our phones serve as the primary means of communication. They might think that they can’t survive. Now I’m wanna retell about my day. I wake up at 9 o’clock, go to bathroom brush my thetas, have a breakfast. Before having breakfast I went to football training, came back to home and after them I went to box, after box I went to TUMO and I did film making. But when I had a free time, I was speak with my brother and play games with him. The only bad side is that it can’t speak with parents. I can say that it is possible to live without a phone

5.Don’t forget to send your essays on the following topic “Choose any historical event, in which mobile phones could change something”.

Homework:Write your opinion about survey

I saw different opinions. There were opinions that I liked and might not. For example the people said there would be phones with lots of cameras and they would be transparent. I thought it was good because we met new people and added our vocabulary with different words.

Actually smartphones will evolve, there will be many companies, we will have a big choice. 50 years ago the phones  will become a remote control․ You will be able to control the cars, planes,  trains and things  that surround us. you will be able to tap the button and the phone will ring in front of you see picture here․

Now the phones have a voice assistant, you can tell him to open this program, and  phone will open it. But before that you can say turn on the phone and it will turn on your phone. There are a lot of cameras in the making of phones now, I think they can increase and increase, but the cameras alone shouldn’t increase. You can see picture here.

But that’s just my opinion․ Wait and see

You’re not supposed to be here alone.

You don’t allowed to eat at the lesson

So, what do you reckon, this dinner?

This is not the kind of thing you forget to mention.

You might want to come and have a look, and believe.

Look at this man, he is really good player. No he’s a just a player.